Agreement with Endesa will free more than 35,000 vulnerable families from their debts on electricity bills (Catalonia) 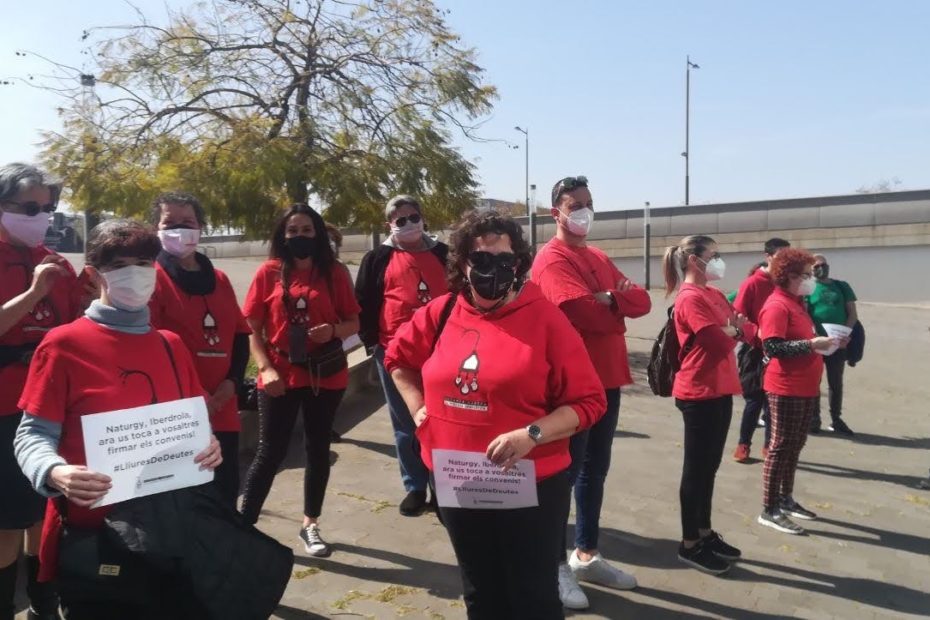 Barcelona (Catalonia, Spain) – A recent agreement with authorities obliges multinational company Endesa to write off more than 28 million euros of debt in Catalonia. This represents 73% of the households debt accumulated since 2015. Endesa is also committed to contribute to a fund for future non-payments. This agreement closes the circle of Catalan Law 24/2015 that banned supply cuts to vulnerable households and was adopted through a push from civil society.

The Catalan Administrations and Endesa have signed at the end of March an agreement, which will allow thousands of vulnerable Catalan families – about 35,000 of them – to be released from the debt accumulated from 2015 to 2020 with the company. Those families also have a guarantee not to accumulate new debts from now on. This is a historic agreement for low-income households.

The agreement addresses two major outstanding issues: the accumulated debt and future non-payments. Regarding the debt, Endesa will write off 100% of the unpaid bills for the vulnerable families between July 2015 and December 2018. The debt accumulated in 2019 and 2020, estimated at more than 21 million EUR, will be shared equally between the company and the administration. In total, it is estimated that Endesa will write off around 28 million euros (73% of the debt incurred by families since the entry into force of Law 24/2015). Regarding future non-payments, the creation of a Solidarity Care Fund is agreed, which will make it possible for the affected people to pay considerably less for their bills, thus avoiding the generation of new debts. Endesa and the administration will each contribute 50% to this fund.

The Alliance Against Energy Poverty (APE) and EmpowerMed partner Enginyeria Sense Fronteres (ESF) were the ones who organised to give a voice to the vulnerable families, who have lived in anguish for years because of the debt contracted with Endesa. For APE and our partner ESF, “It was a long journey, but the wait was worth it, because today another stone has been laid to eradicate energy poverty in Catalonia. After the great success achieved with the approval of the Law 24/2015, which prohibited supply cuts to vulnerable households, the first energy company in terms of number of customers in Catalan territory signs an agreement which, five years ago, was unthinkable.” The agreement also obliges the company to adjust the conditions and terms of the energy contracts of vulnerable families, so that no extra or unneeded costs are being charged with no reason.

This success story is made possible also thanks to the participation of several actors such as the Generalitat de Catalunya, through its departments of labor, social affairs and family and business and competitiveness, the provincial councils of Barcelona, Tarragona, Girona and Lleida, Barcelona City Council, Barcelona Metropolitan Area, and municipal and social entities.

This agreement will allow the vulnerable households to start from a scratch and get rid of this heavy backpack. The Alliance sees a better future for all these households: “We are aware that today is only a first step, an extremely important one, of course. From now on, we will continue working so that the Solidarity Care Fund is put into operation as soon as possible and no family accumulates debt with Endesa to face the same pressures as these 35,000 families.” Now, other processes to sign agreements with other major companies should follow in the coming months.

For the APE and ESF, this victory is one more step towards achieving that all citizens have their right to energy and water effectively recognized. This step shows that mobilised and empowered civil society can be an important actor in the fight against energy poverty.

Find the APE and ESF press release in Catalan and Spanish here: https://pobresaenergetica.es/2021/03/29/firmat-el-conveni-amb-endesa-que-alliberara-35-000-families-del-seu-deute/